Sometimes shortened to just Nitro, is an organic compound with the chemical formula CH3NO2
It is the simplest organic nitro compound. It is a polar liquid commonly used as a solvent in a variety of industrial applications such as in extractions, as a reaction medium, and as a cleaning solvent. As an intermediate in organic synthesis, it is used widely in the manufacture of pharmaceuticals, pesticides, explosives, fibers, and coatings. Nitromethane is used as a fuel additive in various motorsports and hobbies, e.g. Top Fuel drag racing and miniature internal combustion engines in radio control, control line and free flight model aircraft.
Nitromethane is a colorless oily liquid with a slightly unpleasant irritating odor. Soluble in ethanol, ether and dimethylformamide, partially soluble in water. Used in organic synthesis, it can synthesize pesticides such as chloropicrin and nitroalcohol. It can also be used to prepare explosives, rocket fuel, medicine, dyes, insecticides and gasoline additives, and also as an organic solvent.
On October 27, 2017, the World Health Organization's International Agency for Research on Cancer published a preliminary list of carcinogens, nitromethane in the list of Class 2B carcinogens. 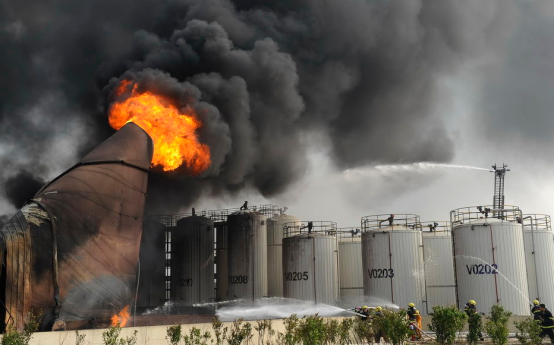 Nitromethane and all nitroalkanes are easily soluble in anhydrous aluminum trichloride, and a solution having a content of about 50% can be obtained. The addition product AlCl3-RNO2 formed after dissolution is used in the alkylation reaction of hydrocarbons, and its catalytic action is stronger than that of aluminum trichloride. Its aqueous solution is weakly acidic. This product is flammable and explosive. Wear protective gear when handling. Not absorbing moisture, there is a danger of explosion when it is severely impacted.The litmus test paper was used to test that the aqueous solution of nitromethane was acidic, that is, 0.01 mol/L aqueous solution pH 6.12; saturated aqueous solution pH 4.01; water-saturated nitromethane pH 4.82. Nitromethane is tautomeric and contains a trace amount of acid nitrate structure. The tautomeric constant KT in water is 1.1×10-17.

The hydrogen atom on the oxygen atom in the acid nitrate type is quite active and prone to proton formation, so it is acidic and can react with a strong base to form a salt. The sodium salt formed by nitromethane and sodium hydroxide is explosive, and the sodium salt can be nucleophilically added with the aldehyde to form a β-nitro alcohol, for example, adding with formaldehyde in an alkaline solution to obtain β-nitroethanol. The β-nitro alcohol is easily dehydrated into an unsaturated nitro compound such as nitromethane and benzaldehyde to form ω-nitrostyrene. In addition, nitromethane can be reduced to form methylamine.

The principal use of nitromethane is as a stabilizer for chlorinated solvents, which are used in dry cleaning, semiconductor processing, and degreasing. It is also used most effectively as a solvent or dissolving agent for acrylate monomers, such as cyanoacrylates (more commonly known as "super-glues"). It is also used as a fuel in some forms of racing. It can be used as an explosive, when gelled with several percent of gelling agent. This type of mixture is called PLX. Other mixtures include ANNM and ANNMAl – explosive mixtures of ammonium nitrate, nitromethane and aluminium powder.
As an organic solvent, it is considered to be highly polar (εr = 36 at 20 °C and μ = 3.5 Debye) but is aprotic and possesses very low Lewis basicity. Thus, it is a rare example of a polar solvent that is also weakly coordinating. This makes it useful for dissolving positively charged, strongly electrophilic species. However, its relatively high acidity and explosive properties (see below) limit its applications.
It is mainly used as a solvent in the adhesive. It is miscible with many organic compounds and can dissolve cellulose derivatives, resins, dyes, greases, etc., especially p-nitrocellulose, cellulose acetate, polyacrylonitrile, poly Ester, wax, etc. have good solubility. It also used as aerosol propellant, rocket fuel and manufacturing explosives, dyes, etc. Used as a solvent, rocket fuel, gasoline additive and for organic synthesis.

Nitromethane was not known to be a high explosive until a railroad tanker car loaded with it exploded on June 1, 1958.After much testing, it was realized that nitromethane was a more energetic high explosive than TNT, although TNT has a higher velocity of detonation (VoD) and brisance. Both of these explosives are oxygen-poor, and some benefits are gained from mixing with an oxidizer, such as ammonium nitrate. Pure nitromethane is an insensitive explosive with a VoD of approximately 6,400 m/s (21,000 ft/s), but even so inhibitors may be used to reduce the hazards. The tank car explosion was speculated to be due to adiabatic compression, a hazard common to all liquid explosives. This is when small entrained air bubbles compress and superheat with rapid rises in pressure. It was thought that an operator rapidly snapped shut a valve creating a "hammer-lock" pressure surge.
Nitromethane can also be mixed with ammonium nitrate, which is used as an oxidizer, to form an explosive mixture known as ANNM. One graphic example of this was the use of nitromethane and ammonium nitrate in the Oklahoma City bombing.
Nitromethane is used as a model explosive, along with TNT. It has several advantages as a model explosive over TNT, namely its uniform density and lack of solid post-detonation species that complicate the determination of equation of state and further calculations. 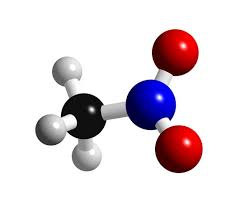