The common use of this substance is in the textile industry, photography, and the production of blued steel. In recent years, due to the growing attention to environmental protection and optimization of production processes, ammonium polysulfide has been used to prevent cyanide corrosion of metals. Also, ammonium polysulfide is used for wastewater treatment from heavy metals at various enterprises, chemical and electrochemical industries. 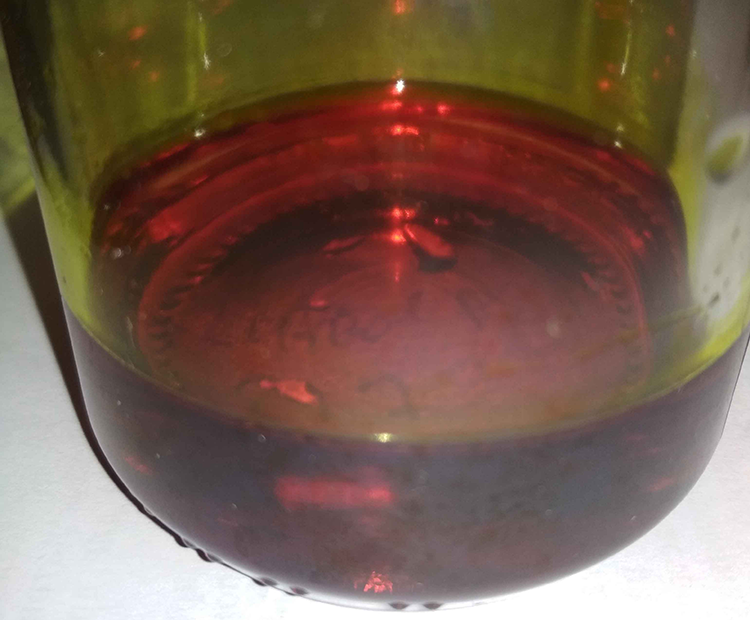 We are company Sinoright a Chinese manufacturer of ammonium polysulfide and sodium polysulfide in the form of solutions that can be used in industry.

Cyanides (in particular, prussic acid) are corrosive substances that also cause hydrogen corrosion and form a number of problems with the treatment of wastewater and air in the working area of enterprises.

There is a known method for cleaning wastewater from cyanides by adding ammonium polysulfide or sodium polysulfide. Polysulfides convert cyanides into non-corrosive, easily degradable thiocyanates, which in turn can be removed from the water by steaming.

The resulting solution of polysulfide containing sulfur is not very suitable for controlling the level of cyanide in waste water and waste gases, due to a decrease in the concentration of the active substance - polysulfide. The resulting sulfur (0) can clog and block cranes, pumps, and supply lines, resulting in costly repairs.

The destabilization of the ammonium polysulfide solution, as noted above, is visually confirmed by the deposition of sulfur. This may occur due to the loss of ammonia from evaporation during production, transportation, and/or storage. In addition, low temperatures, such as around -10C and below, lead to the deposition of sulfur, which leads to the depletion of the active agent that removes cyanide. In addition, as noted above, the presence of precipitated sulfur can lead to blockage of pipelines, pumps, filters, etc., which is clearly undesirable.

Therefore, usually in the conditions of enterprises, solutions of ammonium polysulfide are not stored for a long time, there is a constant need for its purchases.

The stabilized ammonium polysulfide composition can be effectively used in various ways to reduce the concentration of cyanides in water streams, such as, for example, the water system of a cyanide capture reactor in oil refineries.

The stabilized polysulfide is introduced into the system in the usual place. The concentration and amount of the dosed solution can be determined by knowing the proportion of pure sulfur in a given compound. Therefore, polysulfide from different manufacturers with different concentrations of the active substance can be used, and not only branded products such as cyntrol, for example. 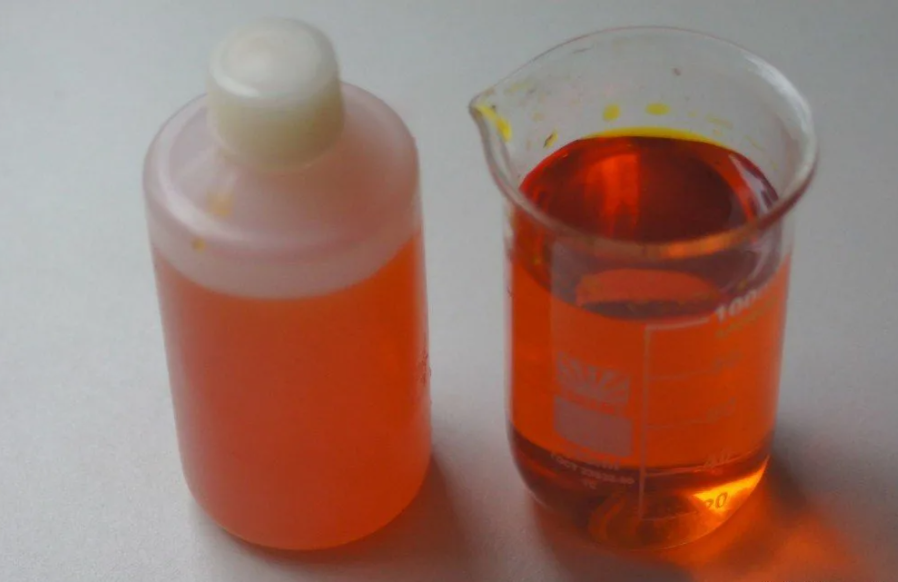 When using a stabilized polysulfide, it is preferable to maintain the pH of the treated water stream at least about 8, preferably in the range from about 9 to about 11.

Since the stabilized polysulfide is largely unaffected by the problem of sulfur precipitation and its crystallization, it can be particularly useful in the treatment of water flows or compositions that are very different in their operating parameters from the ideal storage conditions for ammonium polysulfide.

Since the sulfur in the product we have stabilized will no longer be so easily deposited, the possibility that the deposited sulfur will contaminate the pumps, lines, etc.used in the process is minimized.

Ammonium polysulfides are a solid substance of yellow-orange color, in aqueous solutions the color ranges from yellow to red.

When standing in the air, the solution becomes cloudy (sulfur falls out).
It is well soluble in dilute ammonia solution, poorly - in concentrated.

The solution of ammonium polysulfide has a highly alkaline medium. Reacts with acids to form gaseous ammonia and hydrogen sulfide. It can react with oxidizing agents, including inorganic oxygen-containing acids, organic peroxides and epoxides. Also, hydrogen sulfide can be released when heated. During gorenje, sulfur oxide can be formed.

As a washing water, it is necessary to use acidic water with a low content of ammonia and sulfide. The ratio of the content of sulfide and ammonia should not be very low. Concentrated ammonium polysulfide is dissolved in alkaline acidic water. It is not very soluble in raw water or in condensate at pH < 7. In an acidic environment, ammonium polysulfide (NH4) 2Sx decomposes to form NH3, H2S, and S0. Loose sulfur falling out can cause clogging of the equipment.

To ensure good contact of cyanide vapors with polysulfide, optimal absorption of ammonia and acid gases, and the dissolution of salts or compounds from which salts are formed, a sufficient amount of water must be supplied.

Polysulfide is always recommended to be injected during the supply of acid wash water, which dissolves NH3, H2S and HCN and is a carrier of ammonium polysulfide, in which case the polysulfide reacts better with cyanides. In this case, the polysulfide passes into the rhodanide SCN-

An increase in the concentration of SCN - in the area from the inlet of the wash water (5*10-3 %) to its drainage (430*10-3 %) is an indicator of the effectiveness of the use of polysulfide.

The effectiveness of the use of ammonium polysulfide and water washing systems to reduce corrosion in gas fractionation plants of hydrocracking products is confirmed by the literature data.