Facts You Don't Know About Thiophene


Thiophene, a five-membered heterocyclic compound containing a sulfur heteroatom. Molecular formula C4H4S. It is present in coal tar and shale oil; in crude benzene and crude naphthalene obtained by fractional distillation of coal tar, crude benzene contains about 0.5%. A colorless, unpleasant smelly liquid. The melting point is -38.2 ° C, the boiling point is 84.2 ° C, and the relative density is 1.0649 (20 / 4 ° C). Since it has a boiling point of 84 ° C and is close to benzene, it is difficult to separate them by distillation. Soluble in ethanol, ether, acetone, benzene, etc. Thiophene is aromatic, similar to benzene, and is more prone to electrophilic substitution than benzene, mainly substituted at the 2-position. Hydrogen at the 2-position of thiophene is also easily substituted by a metal to form derivatives such as mercury and sodium. The thiophene ring system has a certain stability to the oxidizing agent. For example, the alkyl-substituted thiophene can form a thiophenecarboxylic acid after oxidation. Reduction of thiophene with sodium metal in liquid ammonia and methanol solutions yields dihydrothiophenes, as well as certain ring opening compounds. The thiophene is reduced by catalytic hydrogenation to give tetrahydrothiophene. Industrial thiophenes are prepared by the action of butane and sulfur. In the laboratory, thiophene is prepared by reacting a 1,4-dicarbonyl compound with phosphorus trisulfide. Acetyl butanone reacts with phosphorus sulfide to form 2,5-dimethylthiophene. Thiophene can be used as a raw material for the preparation of dyes and plastics in many cases, but it is generally less active than benzene. Thiophene can also be used as a solvent. 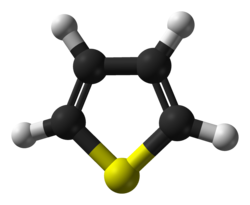 The world's first industrialized plant for the production of thiophene uses a gas phase catalytic process of butane and sulfur (nobiloil method, developed by soccong-vaccum) with a yield of 40%. This method was patented in 1950 and due to yield in the 1960s. Low, equipment is seriously corroded, polluting the environment and shut down. The newer methods are: 1 gas phase catalytic method, which comprises butylene, butadiene, n-butanol and crotonaldehyde continuously reacted with carbon disulfide or sulfur dioxide in the presence of a base-promoted metal oxide catalyst at 500 ° C to obtain thiophene and its Derivatives; 2 by furan or methylfuran and carbon disulfide catalyzed by heteropoly acid at 400 ° C, the preparation of thiophene and methyl thiophene, the yield of up to 93%, long catalyst life, no periodic regeneration, is a promising Synthetic process; 3 butane mixed with sulfur gas phase, rapid reaction at 600 ° C; 4 in the presence of iron oxide, acetylene by pyrite reaction heated to 300 ° C; 5 anhydrous sodium succinate and phosphorus disulfide in High temperature and carbon dioxide gas flow reaction. 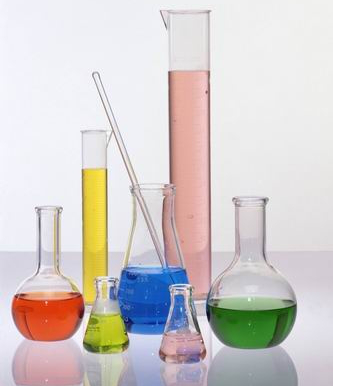 Thiophene can replace benzene in many occasions as a raw material for the preparation of dyes and plastics, but because of its more active nature, it is generally inferior to the properties of products made from benzene. Thiophene can also be used as a solvent. New uses of thiophene heterocyclic compounds have been continuously developed. Bell Labs recently discovered that thiophene can become a superconducting plastic after polymerization, and its cost is low. It is expected to be widely used in quantum computers and superconducting devices. By changing the molecular structure of the thiophene polymer to improve the superconducting temperature, it can be made into various superconducting plastics and used in high-tech fields such as aviation, aerospace and military.
Thiophene can be used in the manufacture of dyes, pharmaceuticals and resins, synthesis of new broad-spectrum antibiotics, cephalosporin; for color film manufacturing and stunt photography; synthesis of complex reagents.